Maria Shipping Agency is providing full agency services in Romanian port Constanta for any type of maritime vessels and river barges .   Our experienced and professional staff will assist your vessel 24/7 ensuring that all Customer’s requests are accomplished.  Our services’ quality is improved annually through DNV GL audit, by implementing updated Quality Management Systems.  Our mission is to make Vessel’s port call more efficiently, to avoid any penalties or extra charges for the vessel, and to ensure best communication between parties. 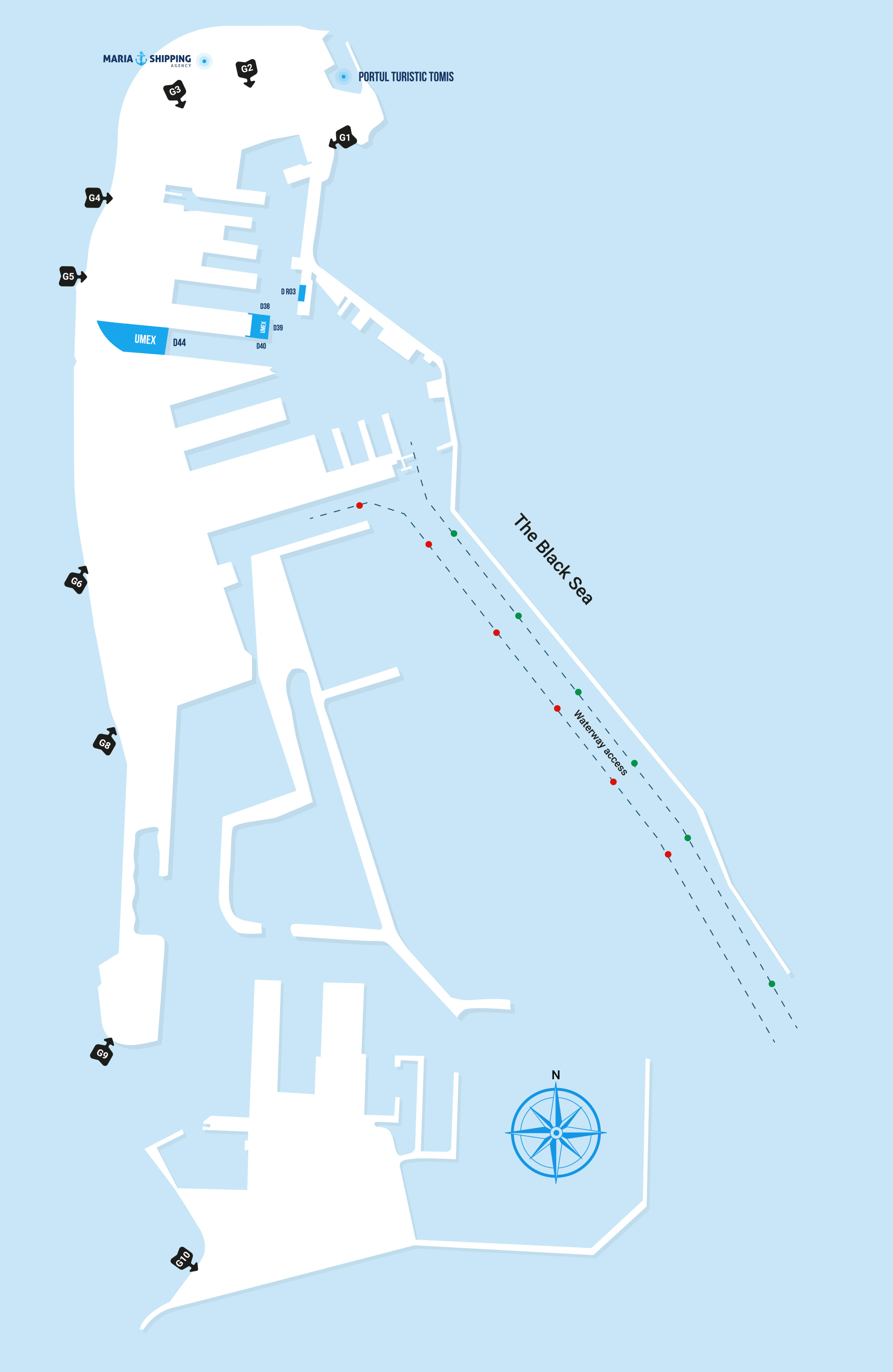 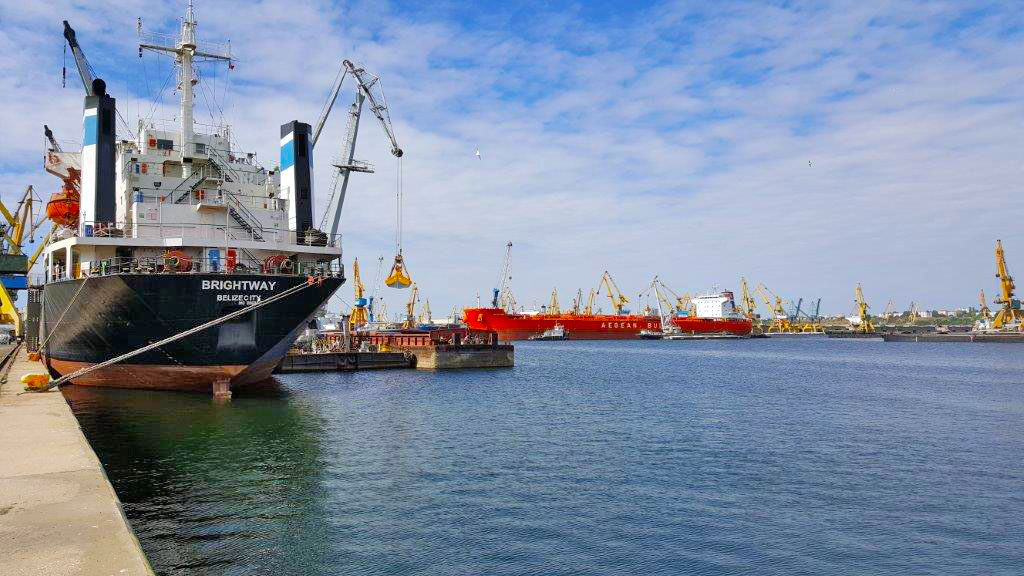 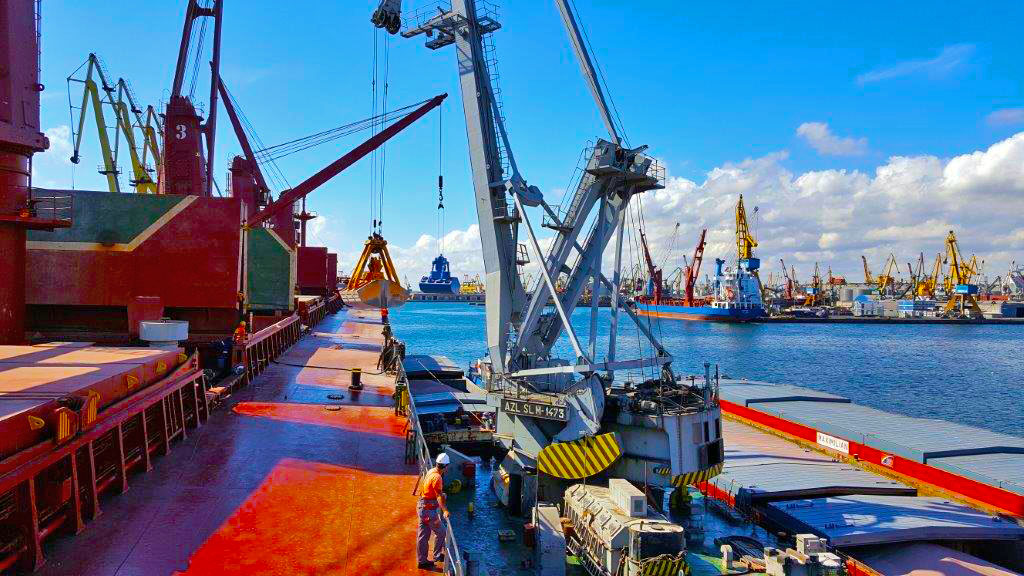 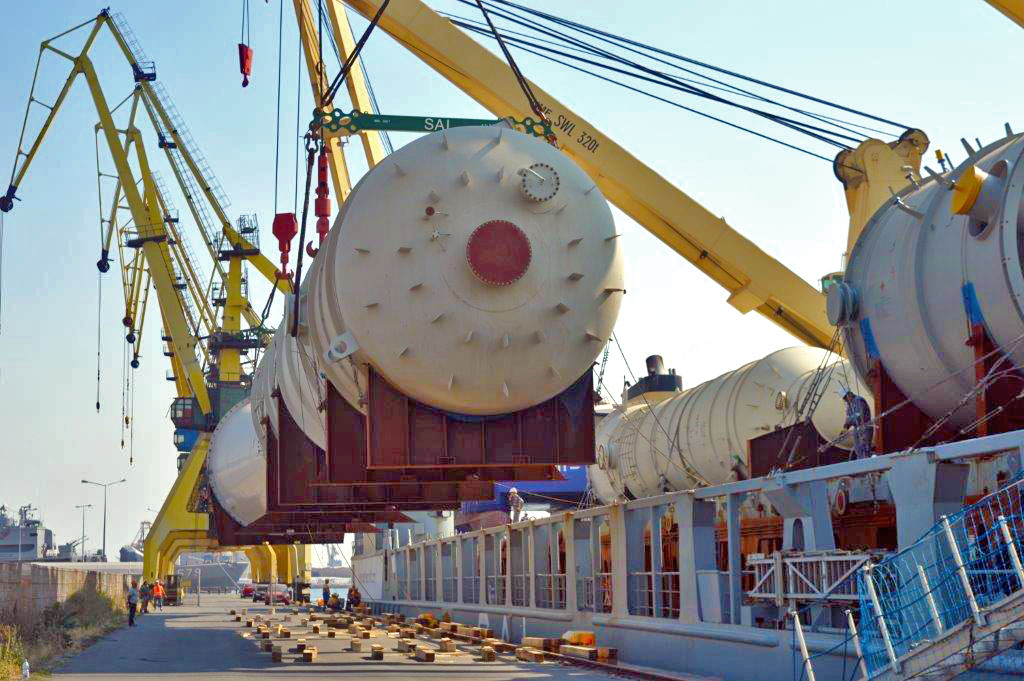 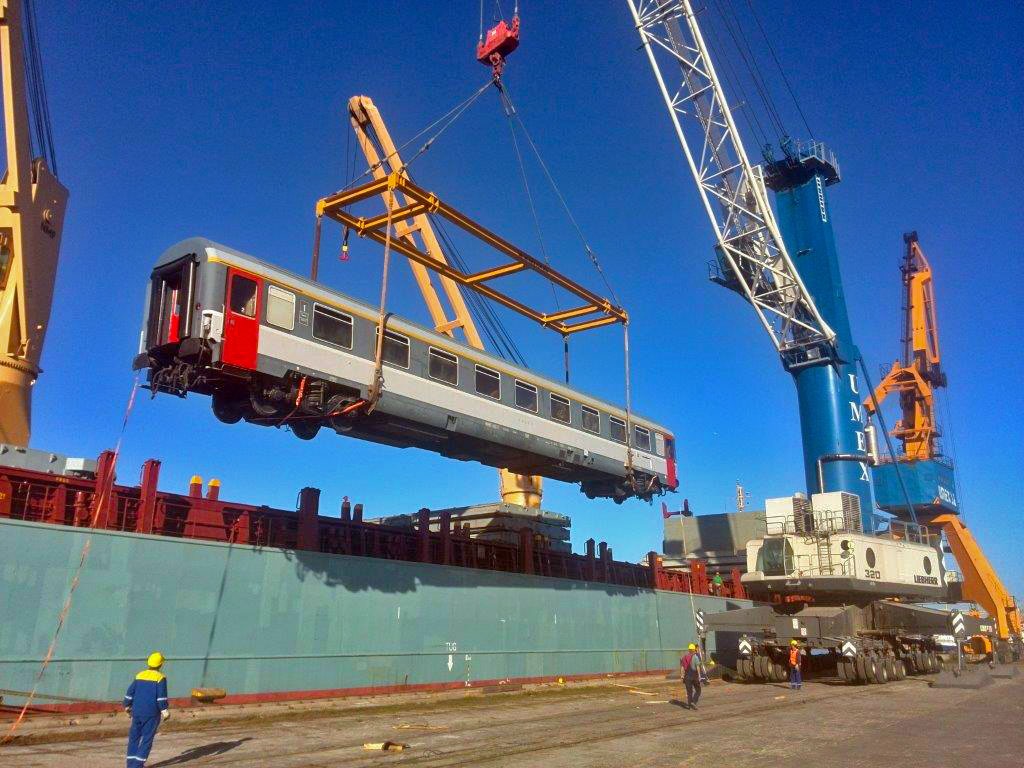 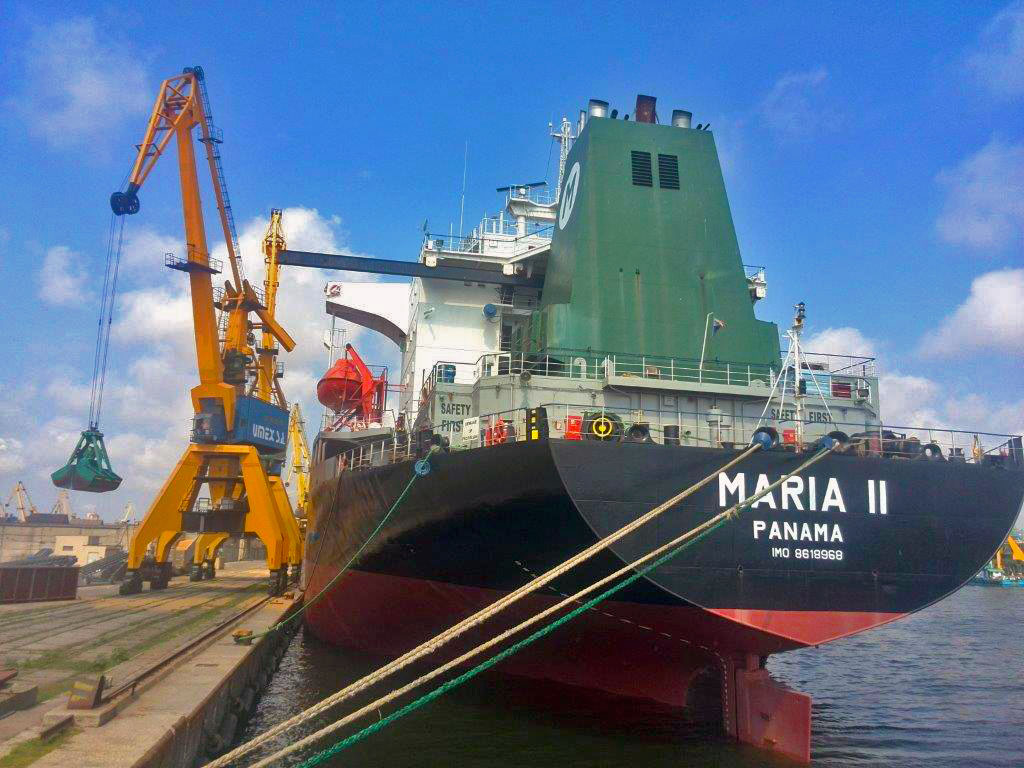 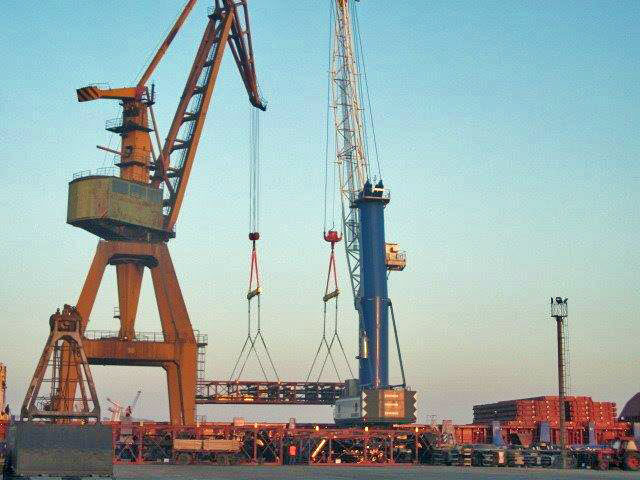 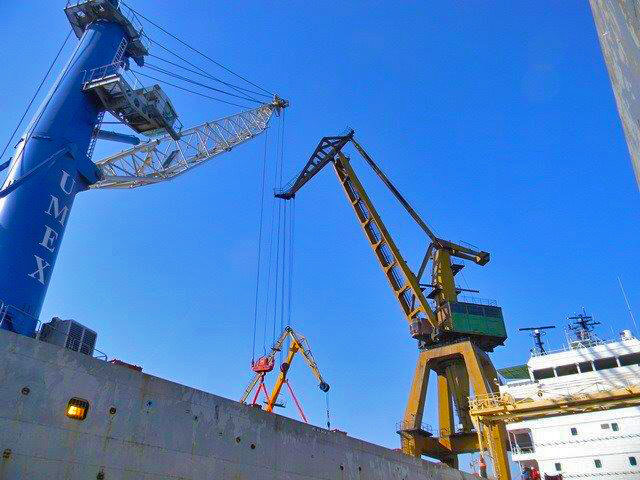 The Port of Constantza is located at the crossroads of the trade routes linking the markets of the landlocked European countries to Transcaucasus, Central Asia and the Far East. The port has excellent connections with the Central and Eastern European countries through the Corridor IV (rail and road), Corridor VII – Danube (inland waterway), to which it is linked by the Danube-Black Sea Canal, and Corridor IX (road), which passes through Bucharest. The two satellite ports Midia and Mangalia that are located not far from Constantza Port are part of the Romanian maritime port system under the coordination of Maritime Ports Administration SA Constantza.

The Port of Constantza is one of the main distribution centers for the Central and Eastern Europe, offering many advantages, of which mention must be made of:

The Port of Constantza is located on the Western coast of the Black Sea, at 179 nM from the Bosphorus Strait and 85 nM from the Sulina Branch, through which the Danube flows into the sea. It covers 3,926 ha of which 1,313 ha is land and the rest of 2,613 ha is water. The two breakwaters located northwards and southwards shelter the port, creating the safest conditions for port activities. The present length of the North breakwater is 8,344 m and the South breakwater is 5,560 m. Constantza Port has a handling capacity of over 100 million tons per year and 156 berths, of which 140 berths are operational. The total quay length is 29.83 km, and the depths range between 8 and 19 meters.

These characteristics are comparable with those offered by the most important European and international ports, allowing the accommodation of tankers with capacity of 165,000 dwt and bulkcarriers of 220,000 dwt.

Currently, there are several projects in progress, in order to build new facilities for cargo handling and to improve the transport connections between Constantza Port and its hinterland. These projects are mainly located in the South part of the port.

Constantza Port is both a maritime and a river port. Facilities offered by the port allow accommodation of any type of river vessel.

The connection of the port with the Danube river is made through the Danube-Black Sea Canal, which represents one of the main strengths of Constantza Port. Due to low costs and important cargo volumes that can be carried, the Danube is one of the most advantageous modes of transport, an efficient alternative to the European rail and road congested transport.

In order to cope with the future growth of river traffic, Maritime Ports Administration SA Constantza has completed a Barge Terminal. Such investment will improve the sailing conditions and develop facilities for the accommodation of river vessels in the South part of the port. 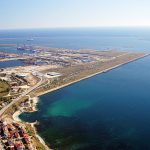 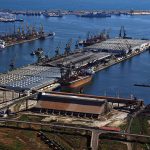 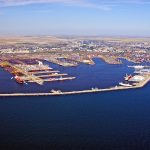 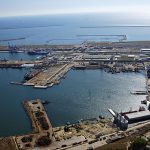 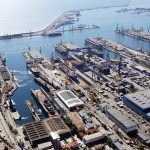 Port limits: As the commercial limits, the port of Constanta is confined by the North and South breakwaters.

Traffic Separation Zone (TSS): The traffic separation scheme for arriving into and departing from the port is as follows:

1. The separation zone has the following limits:

2. The entrance channel into the port has the general direction NW, True course is 322°

3. The departure channel from the port has the general direction SE, True course is 142°

Pilotage: Compulsory for all vessels, except navy vessels, vessels used in public service, vessel for maintenance or for the control and surveillance of navigation, intervention vessels, training, hospital and pleasure vessels. Pilotage is compulsory for berthing, unberthing, shifting and is available 24 hours/day.
The vessel’s Master has to contact Constanta VTS / VHF Ch 67 at the entrance into the jurisdiction zone (12 Nm radius from position: 44°10.20’N 028°39.60’E).
Pilot can be contacted in VHF Ch 14. The language used is English. The compulsory zone for embarking/disembarking of pilot is:
* In fair weather (the wind force up to 4): within the circle with a radius of 0.5 Nm from position: 44°05.06’N 028°43.06’E.
* In bad weather (over force 4) near the position 44°06.24’N 028°42.30’E.

Weather: Prevailing winds: beginning with October and all winter, there are strong northerly winds (up to 9 to 10 Beaufort).
In the summer time, variable winds, sometimes rainfalls.

The traffic plans: The master of the vessel is obliged to be in permanent contact with Constanta VTS (VHF Ch 67), starting from the vessel’s entrance into the jurisdiction zone,
at anchor also. Entering/leaving in/from the port and also the manoeuvres inside the anchorage zone will be made with the approval of the Constantza VTS only.

Restrictions: Tug assistance is compulsory for any vessel over 1,000 NRT.

Search and rescue (SAR): In the Romanian ports zone on the Black Sea the SAR operations are provided by ARSVOM (Romanian Association for the rescue
of human life at sea – Constantza), with two tugs: ”Hercules” (6.600 hp) and ”Viteazul” (2.400 hp), and also, 11 SAR launches.

Anchorage: The roadstead of Constanta is limited by the following co-ordinates:

The roadstead allows safe anchorage, with depths of 25-30m for 40 to 50 large ships, with the possibility to make a full swing in case of change of wind or current

direction. In bad weather, small vessels may enter the port waters with the approval of the Constantza VTS only.

Tide: Tidal variations are insignificant. In case of strong and persistent winds, high tide may be 0.5 m above the reference. The drifts direction is from North to South at a speed of more or less 1 knot.

To send 72 hours Prior Vessel’s arrival to e-mail address: office@mariashipping.ro